Send a Christmas Card to the Governor


hopeworkscommunity posted: "The plan as it currently stands is to totally and completely eliminate funding for peer support centers in Tennessee. 45 centers will close and the over 3000 people served a month will be left out in the cold. The post below talks more about the situati"
Respond to this post by replying above this line

The plan as it currently stands is to totally and completely eliminate funding for peer support centers in Tennessee. 45 centers will close and the over 3000 people served a month will be left out in the cold. The post below talks more about the situation.

What I am asking is two things.

1. Send a christmas card to Gov Haslam. Share your knowledge and experience with peer support with him. Let him know Tennessee deserves and needs what peer support centers add to the mental health system in Tennessee. His address is:

His email address is bill.haslam@tn.gov.

This is the time to act. Let Governor Haslam know what you think. Make your card a Christmas gift to Tennessee.

The death of peer support in Tennessee.

There are 45 peer support centers in Tennessee. Next year if things go as planned there may be none.

The initial recommendation of the commissioner of mental health to the governors request for a 5% decrease in budget was to recommend that 4.5 million dollars be taken from the budget for peer support centers. That would leave 0 for next year.

It makes you just want to shake your head. When I heard I emailed a bunch of people. I thought I had misheard. I knew no one could seriously make such a suggestion. I was wrong.

Peer support centers do two primary things. They save money and they save lives. A lot.

For a few dollars a day per person served peer support centers give a chance at success for people who have never had success. People who have never made it in the community make it. The last figures I saw indicated a 90% decrease in psychiatric hospitalization. The savings from that alone should almost pay for the program. In a time when the jails are filling with the mentally ill how in the world can we shut down one of the most successful community based services we have?? This program defines the notion of “bang for your buck.” How is this in any way a savings?? We lecture our children about thinking before they act and considering the long term consequences of their actions. Shouldnt we expect the same out of ourselves and particularly our political leaders?

If it actually sees the light of day it will be the planned abandonment of one of the most vulnerable populations in this state who basically have no where else to turn for this kind of help for a short term financial gain that in the end will cost far more than it saves. In plain terms it will be an act of large cruelty.

I urge you to stand loud and express your opinions. This is an old battle we thought done last year when support for peer support become recurring dollars. Once again we are a political football. Now is the time to end the game.

I ask for your prayers, well-wishes 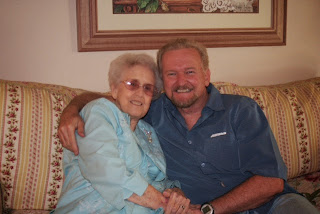 I got news Sunday that my friend Marian, 94 years old, in Oklahoma may leave us any day. Our close and loving friendship spans nearly 40 years. And for the last 11 years, I traveled to visit her each year. I did not visit her this past summer because of my health problems and overloaded schedule. At this moment I am in a hotel outside of Oklahoma City preparing to see her at the hospital. The next few hours can be tough
Posted by DBSA Jackson at 8:41 PM No comments:

Forwarded email below: Together let's feel a sense of pride and accomplishment in being a part of a vital organization that touches so many lives. Personally, I thank each of you for making a difference in thousands of lives in Tennessee. In 2014, I believe we will touch an even greater number of lives here at home and across our country!


Sent from my iPad


Unsubscribe from receiving email, or change your email preferences.

Posted by DBSA Jackson at 9:08 PM No comments: 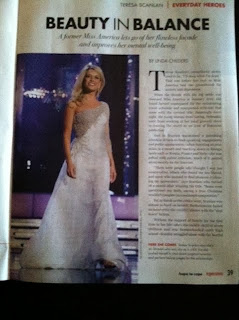 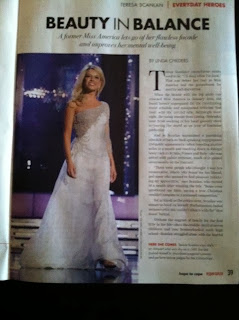 Posted by DBSA Jackson at 12:17 PM No comments: